How Do Songwriters Make Money

How Do Songwriters Make Money

Songwriting is a personal process and takes birth from a desire to create. It is a way to release emotions in the form of music. Everyone has a different way of writing and developing a song. More often than not, the process songwriting is largely personal as far as the content is concerned. You don’t just write a song but, capture the sentiments and moods which you can relate and resonate with while putting them in a musical form.

Hip-hop music is not only a musical genre rather, a movement. Hip-hop artists have been cautioning people about the ills of the society via this platform. Be it hip-hop, R&B, or Rap music, they are closely connected with each other. With the passage of time, songwriters began to know their worth. They also learnthat they can earn money off of their passion and talent for music and songwriting.

So, How Do Songwriters Make Money 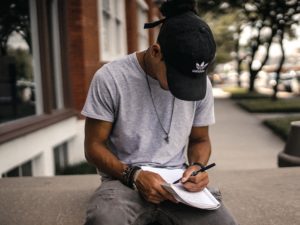 Songwriting offers you with numerous means to generate income. Hip-hop music happens to be the most consumed genre in America and the artists are earning quite well. With endorsement deals and month-long tours, the top-earning hip-hop artists of the industry were able to bring in an average of whopping $44 million in the last year. 10 of the highest-paid rap stars combined earned way above $400 Mio. easily outing the most renowned top earners of the country.

As far as how the royalties are split, there is no one-size-fits-all answer to this. Some collaborators decide that it is best to evenly split everything. Some co-writers take it song by song and split the ownership according to the percentage of the song that they wrote. Whatever percentage is decided, it should be done immediately after the song completion because the longer you wait, the more complicated it gets.

If you are an aspiring songwriter and considering to make it your means of income, you should know where and how do songwriters make money because it is important to understand how you would generate income. After your music is published, the income you get from songwriting will include more than one means.

As it is not possible to know when your song is played and how many times, In order to make money with the music, songwriters have to be affiliated with a Performing Rights Organization (P.R.O) so that they can receive royalties. In the United States, organizations such as ASCAP, BMI, SESAC collect royalties. After collection they distribute performance royalties on behalf of the songwriters. Furthermore, these organizations are ruled by the consent decrees from WWII according to which the PROs have to go to rate court to receive their rates from the entities that are looking for licensing the song they represent.

Listed below a breakup of the sources through which shows how do songwriters make money:

Some of the songwriters make money from mechanical royalties. The actual mechanical royalty was established back in 1909 and was set at 2 cents. The current mechanical royalty rate for physical recordings like CDs and permanent digital downloads is 9.1 cents for the recordings of a song of 5 minutes or less and 1.75 cents per minute or the fraction, for those over 5 minutes. This is normally split with co-writers and publishers.

Synch fees tend to be somewhat different than the other income sources. Why? Because 50% of it goes to the songwriters and record label and the other 50% to the artist. This royalty is freely negotiated in the marketplace. A songwriter receives a sync fee for his/her song getting used for a video whether it is for a television, movie or YouTube video. A synchronization license is granted by the songwriter or owner. With the help of this license, the purchaser can use a song in sync with a composition. A sync fee can be called a one-time price that a songwriter offers to a producer or the director to use the song. It can also earn royalties for every time the composition is used with a audio or visual performance.

Advances are the weekly or monthly payments from the songwriter’s publishers recoupable from the future royalties. This form of payment streams from the combination of all, mechanical royalties, performance royalties, and sync fees.

So, now that you know how do songwriters make money. How about giving it a try and if you haven’t signed up yet go to a PRO like BMI or ASCAP in the U.S. and start writing songs for third persons or for yourself and see if your talent and luck works out for you?

And as usual, let me know your thoughts on this content and if it was helpful. Leave a comment below and let me know what other topcis you want to have covered on this blog.

How to Sell Music Online Successfully

How To Get Signed To A Record Label